Save the Queen Sword: 'From page to prop' pt5

The next and final stage of the build was the decorative leaf pieces on the sides of the crossguard.

I needed two large pieces that curve outwards and eight (2x4) smaller pieces that curve inwards. I also needed 2 identical decorative pieces for the pommel I figured that the best thing to do was to cast as many of them as possible.

I didn't really want to go to the trouble of a two-part mold for the pieces - particularly as I was getting low on rubber and I was almost maxed out on budget. So, I decided that I could get away with firstly hand-sculpting the two larger pieces out of Milliput: 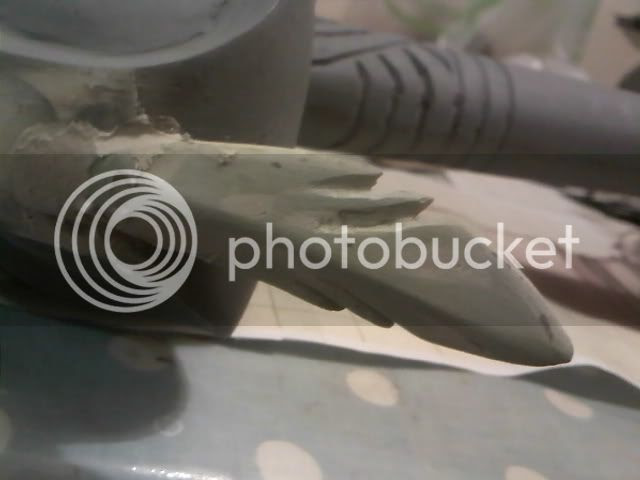 Concerned that it would be quite brittle and fragile, I reinforced them with thick wire, figuring that if they did snap, at least they'd stay where they are for later repair.

Next I sculpted the other pieces from plasticene. I decided that as long as I curved the outer surface, the inner one could remain flat (even if I had to sand in a curve later) meaning that I could cast them in a 1-piece bed mold: 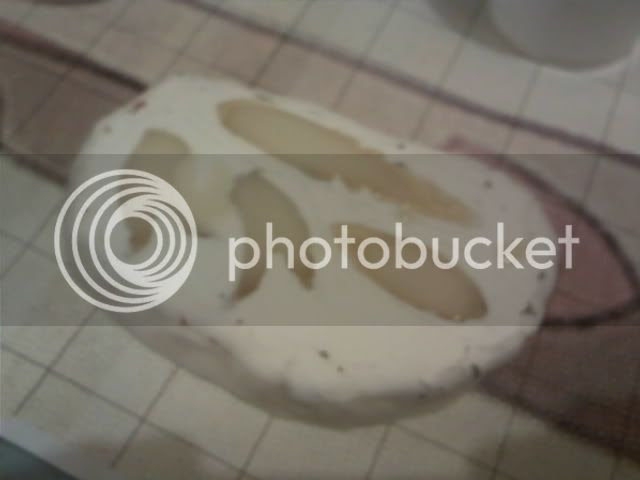 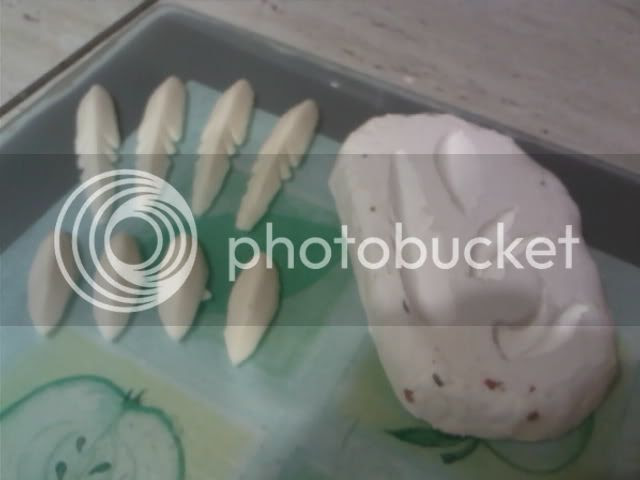 I then Araldited them in place and used car body filler to blend them into the crossguard: 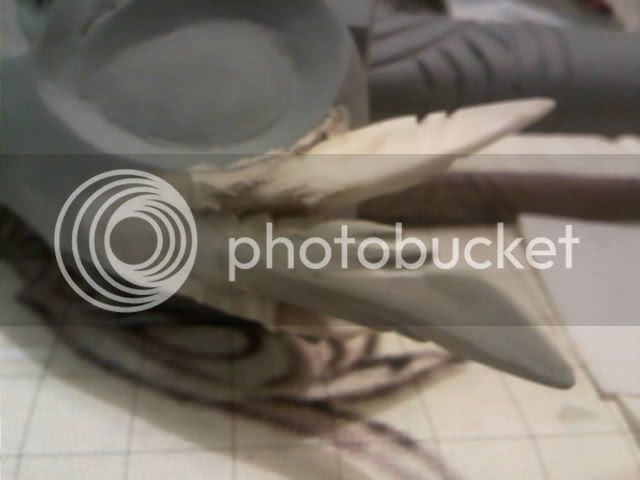 The decorative piece for the pommel I did in two halves so that I could cast them flat and then 'bend' them slightly over the curve of the pommel once they were fitted: 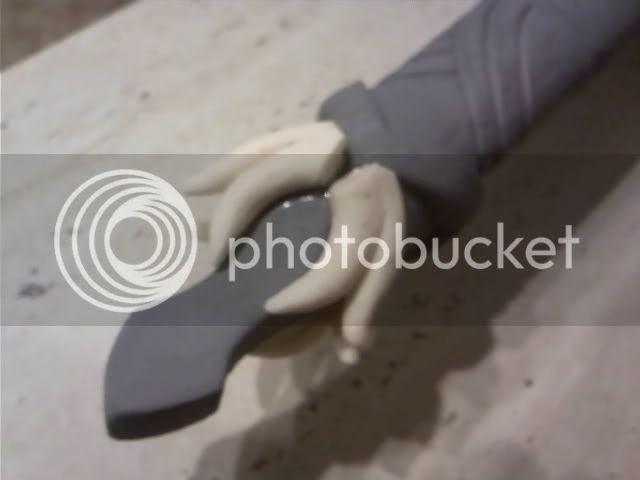 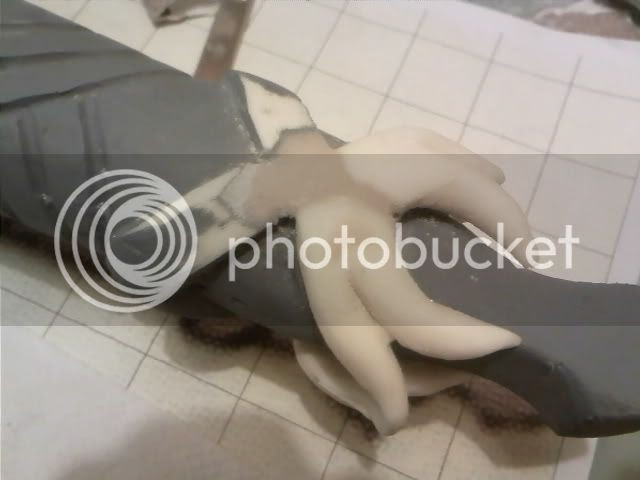 For the collar I rolled out milliput to the right thickness and then araldited it in place and blended it using car body filler. 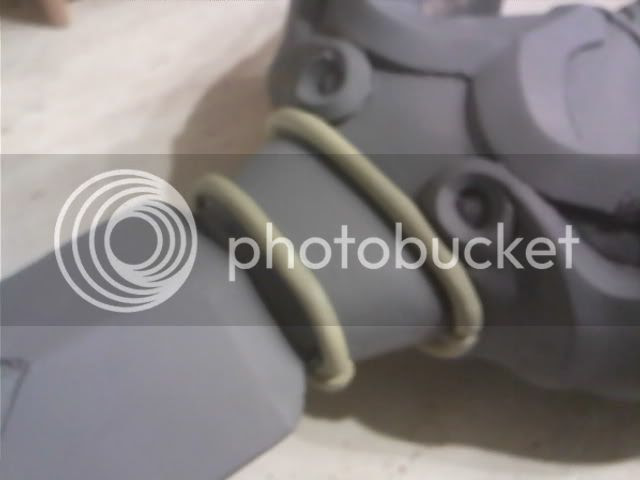 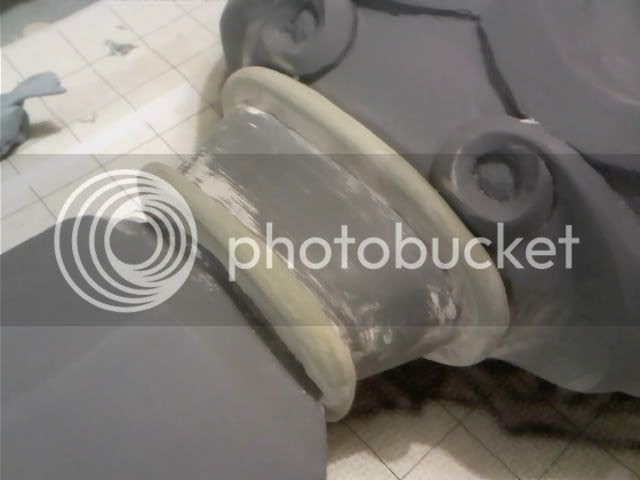 The sword was now fully assembled. It required some work to tidy up all the rough edges but it was nearly ready to paint. 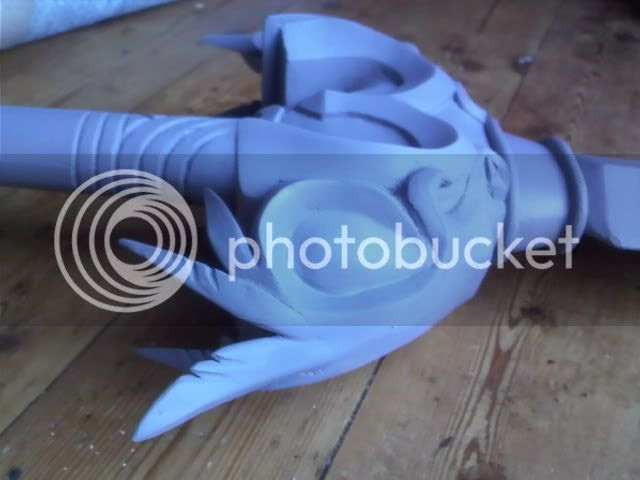 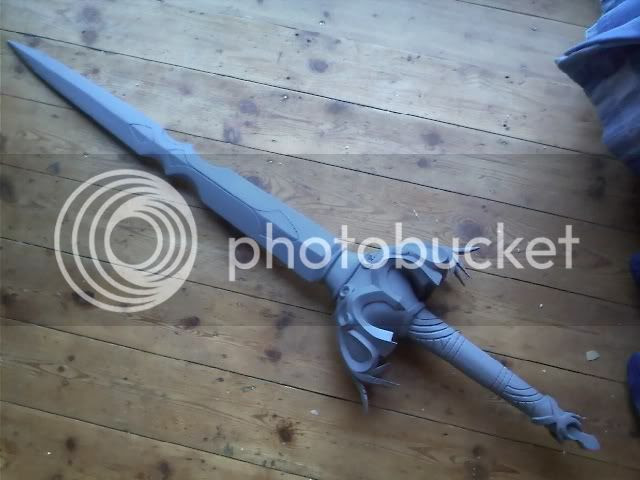